“You are traveling through another dimension, a dimension not only of sight and sound but of mind. A journey into a wondrous land of imagination. Next stop, the Twilight Zone!”

Rod Serling intoned these words at the start of each season three episode of his famed series, and this narration became the lasting legacy of The Twilight Zone. In 1994, nearly 20 years after Serling’s death, he became an anomalous presence at Walt Disney World, anomalous because The Walt Disney Company possessed no ownership interest in the program. They had no connecting ties of substance with Serling, either. A company built and sustained by its internal intellectual properties sought a new enterprise that would feature an outsider’s storyline. It was a daring change for Disney, and the results were universally positive.

The Twilight Zone: Tower of Terror is generally regarded as one of the greatest attractions in Disney history, and that means it’s one of the best rides in the history of theme parks. You, the readers of this site, have voted it the best theme park attraction in the world. Despite its track record of sustained excellence, the ride is going away forever at Disney California Adventure. Its long-term fate at Walt Disney World is also in doubt. 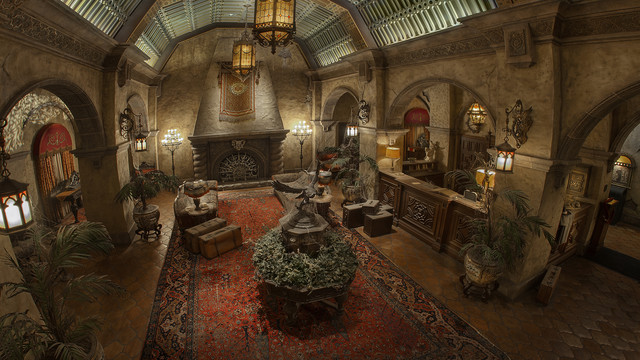 And it’s all your fault.

I could spend the rest of this piece listing the accolades of the Tower of Terror, but you know the broad strokes. It’s in the conversation for most triumphant Disney ride of all-time. It’s also the favorite attraction of the overwhelming majority of readers of Theme Park Tourist. It is, in simple terms, a masterpiece.

What’s amazing is that at its core, this is the basic drop tower ride that you’ll find at theme parks virtually everywhere. The difference, as always, is in Disney’s theming. In choosing Rod Serling and The Twilight Zone as the baseline for the Tower of Terror, Disney could build a supernatural tale that didn’t need much backstory. It simply needed to provide a creepy vibe for guests. That’s Rod Serling’s motif.

Disney Imagineers delighted in finding the perfect accentuating touches for a long-abandoned hotel. They emphasized the most chilling aspect of the Tower of Terror. It had stood largely untouched by time for decades, almost as if it existed in its own pocket universe. Then, they added slight elements of aging to show that while the hotel building may seem eternal, the decor inside was subject to the ravages of time, at least somewhat. Dust has accumulated, accoutrements are unkempt, and a few items didn’t survive the (possibly supernatural) lightning strike.

Walking into the Tower of Terror is an incongruous mix of classic 1930s Hollywood extravagance and horror movie-esque abandoned building. The 13-star hotel (no, really) looks like somewhere Cary Grant might have stayed. Simultaneously, it also gives off the same vibe as Crystal Lake, the place where Jason Voorhees won’t stay dead. The disconnect between what it was and its current state only adds to the pervasive feeling that the Tower of Terror is just plain wrong.

Once they had the details right about the hotel theming, they could explore the drop tower construct, improving it through Disney plussing. Imagineers did something particularly clever here. They randomized the ride, at least from the perspective of the user. A standard drop tower does one of two things. It either pulls the bottom out from under the rider, thrusting them to the ground at virtual gravity, or it throws the rider into the air. The technology is similar both ways, and while drop towers are undeniably fun, they’re also predictable. That’s precisely because so many amusement parks have them.

Disney went a different way with the concept. They built a lift system that wouldn’t function the way that the rider would anticipate. Instead, the randomization means that at any point, the elevator cart could go up or down. Everyone onboard has to hold their breath and wait for each new surprise. Some iterations of the ride even include fake endings to add further intrigue and excitement.

The highlight is when they reach the level where they can see daylight, a sublime introduction of a basic element into the darkest of dark rides. The bright light offers the rider brief hope of escape before the cart speeds back into the blackness of the abyss below. The brief glimpse of the outside world is a cruel tease.

The Twilight Zone Tower of Terror is a drop tower in the same way that Michael Jordan is a basketball player. Yes, the description is true in a broad sense, but it almost diminishes the party involved by describing the entity in the most basic way possible. Drop towers are straightforward and stylistically lacking. The Tower of Terror is a gorgeous, thematic building filled with impeccable touches and a ride that reduces the heartiest of individuals to screams of horror. And delight.

So, what changed about the situation that caused the Happiest Place on Earth to diminish one of the greatest Imagineering achievements ever? Blame a foul-mouthed, weapon-lovin’ raccoon.

Disney took notice of the soaring value of one of their properties. The ascension of this IP allowed them to consider alternatives for one that they didn’t own, and the rest is tragic theme park history. What follows is the tale of the Twilight of the Twilight Zone Tower of Terror and the corresponding rise of the Guardians of the Galaxy. This story will reveal just how fickle Disney can act when a huge financial outlay is in play and just how much they want their own properties to comprise the entirety of their theme parks. It’s not a happy tale. Then again, Twilight Zone episodes aren’t known for their happy endings.

Our story started with a group of Disney employees and a television. Their job title that week was one that many of us have done for free. These cast members binged their way through 156 episodes of The Twilight Zone. It’s great work if you can get it. 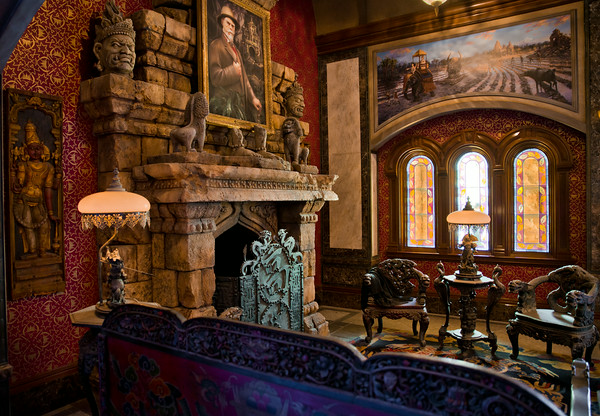 When will it close?