On this page, you’ll learn about Universal’s Volcano Bay tickets! Although Volcano Bay is Universal Orlando’s third park, it is a water park and, thus, features admission that’s a bit different from the other two parks, Universal Studios Florida and Islands of Adventure. With one key exception, guests who wish to visit Volcano Bay must purchase a three-park ticket (the one- and two-park options will only grant you entry to the two theme parks). And just to make it a little on the tricky side, these three-park passes only start at the two-day option, going all the way up to five days (with the pricing per day getting progressively better, just as with the theme parks’ admission).

We have navigated the best prices in the infinite sea of expensive tickets so you won’t have to. SeaWorld Orlando is the only natural habitat/rescue center with the tallest, longest, and fastest hypercoaster in Orlando-MAKO! Get your Discount SeaWorld Orlando Tickets now! 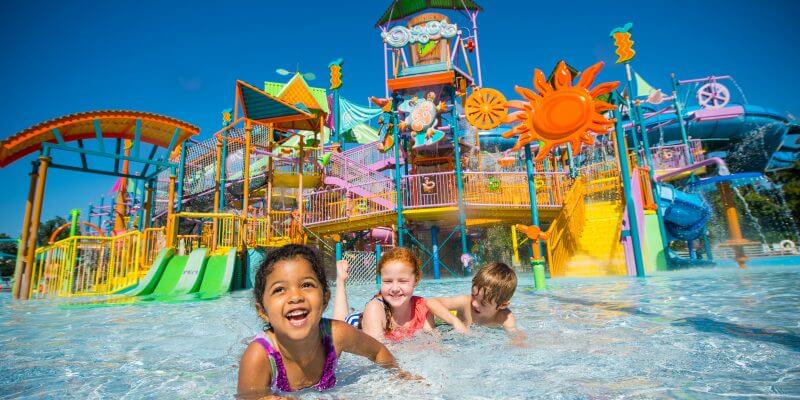 Aquatica Orlando is a whimsical, one-of-a-kind water park only the clever folks at SeaWorld could create – a fab combo of up-close animal encounters, flowing waters from serene to extreme, high-speed thrills and wide, sandy beaches. Aquatica guests essentially get to play in, over, and under the water! There are nearly 60 acres of lush landscape inspired by the vivid colors and carefree lifestyle of the South Sea Islands. Get your discount Aquatica water park tickets NOW!

We’ve pieced together the ultimate Discount Ticket prices for an unforgettable family vacation in Central Florida’s newest vacation resort theme park. There is something for everyone in this awesome family experience!