If you’re like us, you were heartbroken when it was announced that Poseidon’s Fury would be closing at Universal Orlando Resort. But the good news is, it has reopened and it’s better than ever! If you haven’t had a chance to check it out yet, we highly recommend doing so. You won’t be disappointed!

Poseidon’s Fury is an interesting walkthrough attraction! Visitors explore the ruins of an ancient temple to Poseidon, god of The sea, and his rival Darkenon. As they get caught up with this battle between good versus evil you can expect some fire – effects that are combined for unique special effects! 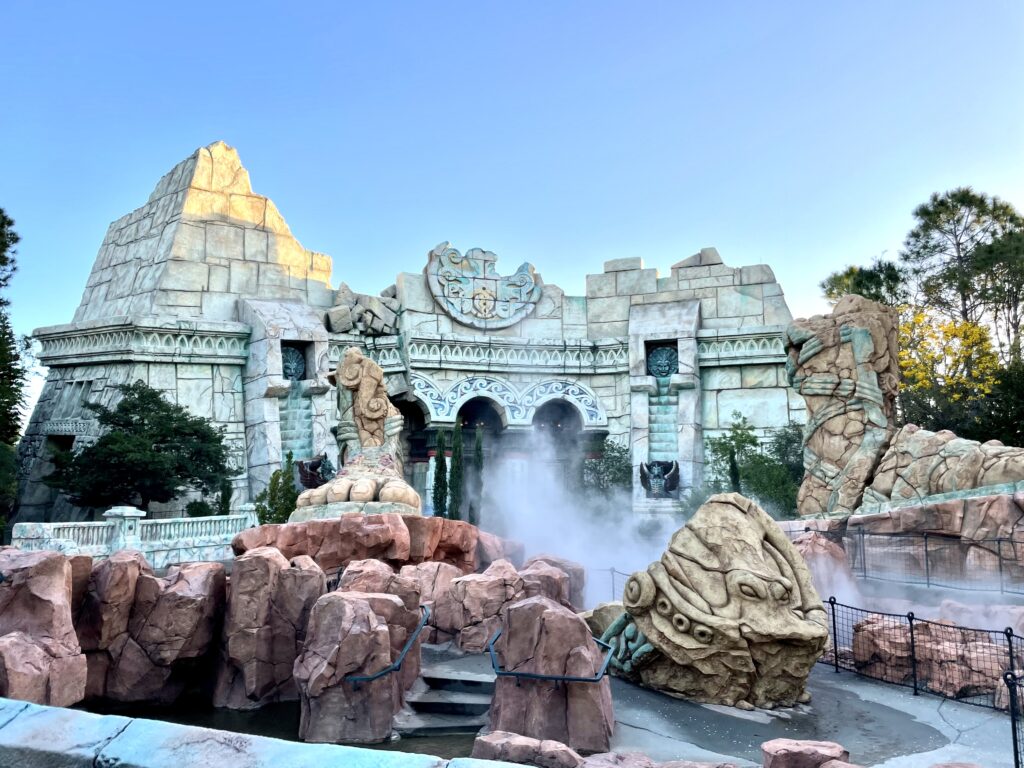 The COVID-19 pandemic shut down Poseidon’s Fury in March 2020. Many thought that this would be a setback for Universal. Poseidon’s Fury is the only major attraction in the Lost Continent area – after the closure of a Sinbad-themed stunt show back in 2018. Universal Orlando is currently closed three of their most popular attractions. The Caro-Seuss-el and Revenge Of The Mummy rides are both in the middle stages of renovations, while Poseidon’s Fury has been experiencing an extended closure – now after two years it finally reopens.

Universal is building a new theme park called ‘ Epic Universe,’ which will include Nintendo-themed areas. The company recently shut down the Shrek 4D ride for good and is replacing it with Minions themed attractions.

Poseidon’s Fury is one of our favorite attractions at Universal Orlando Resort, and it’s been updated with new scenes, effects, and a whole lot more. If you haven’t had a chance to check it out yet, we highly recommend doing so. You won’t be disappointed! Above all, don’t forget to share this post with your friends who might want to go too.

Thirdly | Everything You Need To Know Before Riding Velocicoaster at Universal