Legoland Florida Announces New Attraction NINJAGO Aptly named for its root word-Ninja (to excel in a particular skill) and Legoland has done just that!

The fully immersive 4-D Ninjago World, located near the back of the theme park, is based on the popular building sets and the long-running TV show “LEGO NINJAGO: Masters of Spinjitzu.” The ride will seat up to four guests per vehicle and allow guests to “blast animated fireballs, lightning, shockwaves and ice using nothing more than their hands as they travel through dojos.”

On LEGO NINJAGO The Ride, up to four guests per vehicle blast animated fireballs, lightning, shockwaves and ice using nothing more than their hands as they travel through dojos mastering their skills before teaming up to defeat a powerful villain. Riders collect points and scores are displayed when each quest is complete. The thrilling attraction is the epicenter of a new area featuring multiple hands-on, interactive experiences that will hone kids’ physical skills like NINJAGO heroes Kai, Jay, Cole, Zane and Nya, before their ultimate test on LEGO NINJAGO The Ride. 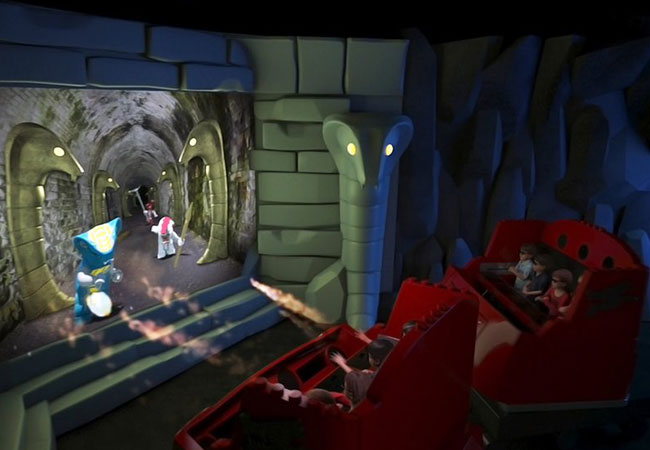