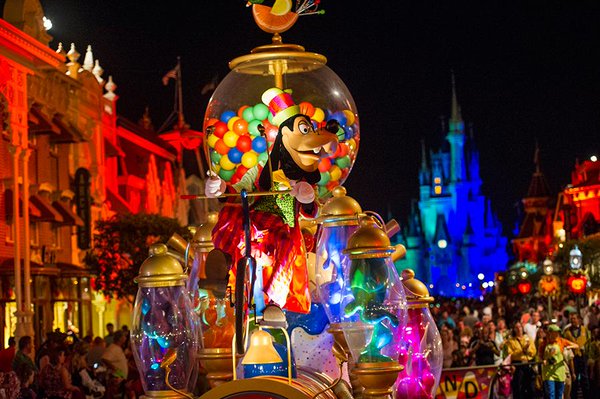 The Orlando Sentinel.com explains that there are a lot of guidelines for wearing a costume at Walt Disney World, especially for special events like Mickey’s Not-So-Scary Halloween Party.

On a regular day, costumes are a no-no at Disney for those 14 and older, while those 13 and younger are allowed with some restrictions. So it’s OK to go to Disney dressed as princess. Of course it is.

No accessories that could be mistaken for actual weapons. Notable exception: Light sabers are allowed. So your little Jedis will be fine as well as plastic pirate swords and fairy wands, as long as there’s nothing with sharp ends that could hurt other parkgoers.

For Mickey’s Not-So-Scary Halloween Party and runDisney events, those 14 and older can get into the costume game too, but again, with some restrictions. 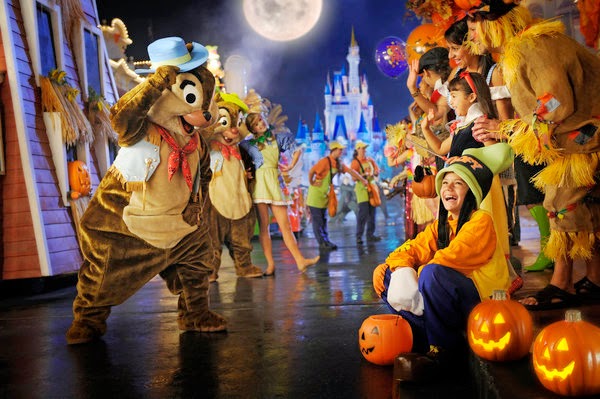 You can dress like Peter Pan or Cinderella or any of your favorite Disney characters, but you’re not allowed to pose for photos or sign autographs with other guests. Disney pays people to do that.

For everyone, you have to avoid Disney’s OOOV rule: Nothing obstructive, offensive, objectionable or violent. Basically, Disney doesn’t want costumes that will detract from other visitors’ experience, and that’s at Disney’s discretion.

Again, for those 14 and older, no masks of any kind are allowed.

Older visitors’ costumes can’t reach all the way to the ground, meaning no full-length princess dresses or full-length capes. Capes cannot go below the waist.

Themed hats and headwear are OK as long as, again, they don’t cover the face.

Themed T-shirts, blouses and sweatshirts are fine too.

You can wear wings, but they should be transparent, and they can’t be so big they would affect other parkgoers’ experience. Think small enough to not whack the person behind you in line. 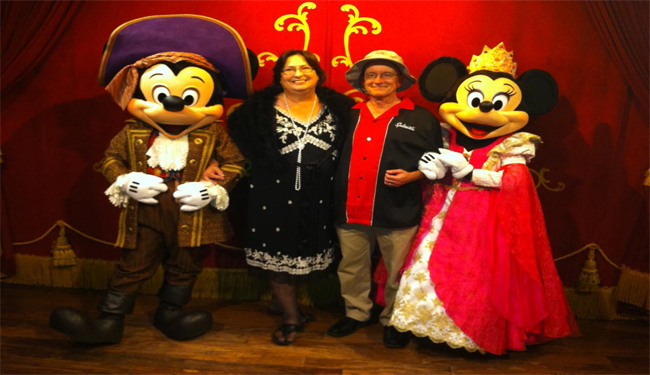 Costumes can be more complex including layers and props, but Disney isn’t too keen on those and say it could mean additional security screening if you insist on wearing it.

Now in general, whether it’s a special event or just a regular day at the park, there are some attire and presentation rules to follow, lest Disney ask you to leave.

No offensive clothing or tattoos, meaning those that would not be acceptable in a family-friendly environment.

No excessively torn clothing, or clothing that reveals too much skin, again using common sense knowing that this is a family environment.

WHERE: Magic Kingdom, off Interstate 4, southwest of Orlando