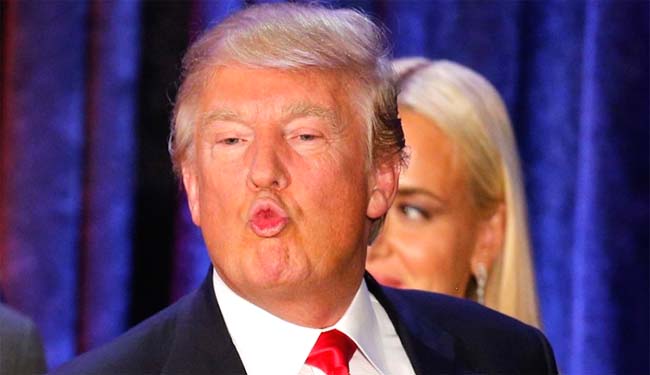 The “Today” show had no choice on Monday morning — it had to address the suspension of Billy Bush, the show’s 9 a.m. co-anchor.

On Friday, the Washington Post published a 2005 video of Donald Trump making extremely lewd comments about women, all while on a bus with Bush to film a segment on “Access Hollywood,” where Bush was a co-host at the time. Bush, who can be heard laughing and joking with Trump during the exchange, faced massive criticism from viewers.

Bush released an apology Friday, saying he was “embarrassed and ashamed,” noting, “It’s no excuse, but this happened 11 years ago — I was younger, less mature, and acted foolishly in playing along.” Rumors flew over the weekend about Bush’s “Today” show status; several publications reported he would appear on air Monday morning and address the incident on “Access Hollywood,” a syndicated entertainment program owned by NBC Universal. But on Sunday night, NBC News confirmed that Bush was indefinitely suspended from the program.

During the 9 a.m. ET hour, which Bush has co-anchored since August, co-anchors Al Roker and Tamron Hall addressed the matter pretty quickly.

“As you can see, Billy Bush is not joining us today, as you’re probably aware, part of that 2005 ‘Access Hollywood’ taping with Donald Trump that’s been in the news all weekend,” Roker said.

“NBC, which owns ‘Access Hollywood,’ has suspended Billy for his role in that conversation pending further review,” Hall continued. “That said, let’s turn to last night’s debate, where that 2005 tape played a big role.”

They segued into footage of the debate, where Trump noted his apology for the language on the tape and called it “locker room talk.”

The tape raised many questions about why NBC had not released the footage; apparently, “Access Hollywood” (overseen by the entertainment division, as opposed to NBC News) had discovered the tape last Monday and the network was waiting for lawyers to give the go-ahead.

Earlier on “Today,” as the show started at 7 a.m., viewers were immediately greeted to a quick scene from the video of Bush and Trump getting off the bus, as co-anchor Savannah Guthrie’s voiceover recapped the events of the weekend. Guthrie and Lester Holt (in for Matt Lauer) kicked off with talk of the debate, as NBC reporter Hallie Jackson called it the “vulgar audio that’s thrown (Trump’s) campaign into crisis.” She then clarified that the audio was “part of a 2005 conversation with Billy Bush during an ‘Access Hollywood’ taping, a program produced by NBC Universal.”

The show aired brief footage of the bus video, where viewers could hear Trump talking about how he likes to automatically start kissing beautiful women: “When you’re a star, they let you do it. You can do everything,” while Bush laughs and adds, “Whatever you want.” “Grab them by the p—y,” Trump then says.

Guthrie also noted that Bush was suspended and added that “Access Hollywood” is produced by NBC News’s parent company, NBC Universal. The video with footage of Trump and Bush came up a couple more times during the earlier hours of “Today,” with reporter Andrea Mitchell saying that Trump was defiant about that “bombshell ‘Access Hollywood’ tape bragging about his sexual conquests.”

In May, NBC announced that Bush would join “Today” as a co-anchor, and in what CNN media reporter Brian Stelter calls “a multi-million-dollar bet on Bush,” moved him from “Access Hollywood” in Los Angeles to “Today” in New York. Bush was already a polarizing figure on the show after one of his first weeks on the job, when he got into an on-air, heated debate with Roker over whether embattled swimmer Ryan Lochte lied about his alleged robbery at the Summer Olympics in Rio.

On Monday morning, Stelter reported that several “Today” staffers aren’t optimistic about Bush returning to NBC’s morning airwaves. “He will never be on the show again,” one source told Stelter.