Orlando Weekly explains the closing of the Nickelodeon Hotel in Orlando. The famed Nickelodeon Hotel on 536 near Walt Disney World was touted as the first in a long line of Nick branded hotels. Now, 10 years later, those Nick hotels are finally happening but with a different hotelier, and back here in Orlando, the one that started it all is saying goodbye to the slime.

The Nick Hotel Orlando was originally a Holiday Inn Family Suites Resort that was rebranded in 2005 after a two-year, $20 million remodel. The hotel was originally built in 2006 by a group of local investors that included the founder of Give Kids The World and astronaut John Glenn.

The Nick branding was enough to make the hotel stand out in the crowded Central Florida market initially, but the aging resort mixed with declining popularity for the kid-focused brand now makes the Nick Hotel more of a celebration of the 1990s than a up-to-date resort. 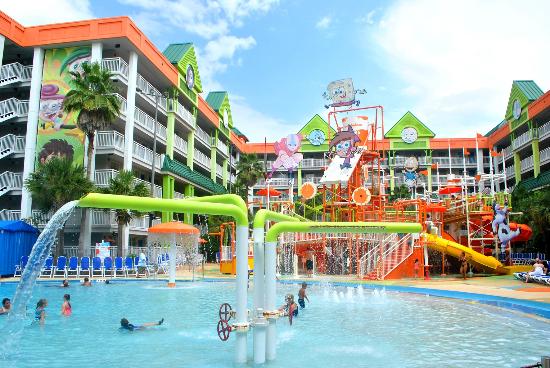 Last year, Nickelodeon announced a new partnership with Karisma Hotels. The first Nick branded Karisma hotel is to debut in Punta Cana on May 1 and a second one, in Mexico, is currently under construction. Nick branded experiences are also in the works for other Karisma hotels. While none of those resorts are within Florida, it’s believed that this new partnership is partially to blame for the rebranding of the Nick Hotel here.

The Nick Hotel here will be rebranded as the Holiday Inn Resort Orlando Suites – Waterpark after it finishes a $30 million remodel that it currently underway. The remodel will see a modern beach theme update to the rooms. The pools and other Nick branded areas will also be updated. The mall with its 4-D theater, buffet restaurant and arcade will all stay, but any Nick experiences within it, like the SpongeBob character breakfast buffet, will leave.

April 18 will be the final day of Orlando’s Nick Hotel. The outside of the hotel is already receiving a new paint job that will hide the bold orange and green colors of Nickelodeon.

The Nick Hotel here has proven to be successful model, and one that many other resorts have attempted to emulate over the years. Of a similar vein to the Nick Hotel, is the Great Wolf Lodge resorts. A family resort with a water park focus, Great Wolf has proven the model can work in various markets. Their move into the Orlando market with what will be the largest Great Wolf Lodge ever constructed shows that there is still a market for waterpark family resorts within this region. Universal’s success with Cabana Bay, the budget, on-site resort that features Universal’s first hotel with a lazy river, helps drive home the fact even more. So we can assume it wasn’t a lack of interest in the waterpark feature of the Nick Hotel that did it in.

Rumors around town have pointed to a dispute between the operators of the hotel and Nickelodeon, who seemed to want out of the contract, as the source of the breakup. The lawsuit between Nick and the hotel owners dates back to 2010, a mere 5 years after the hotel first unveiled its’ Nick-themed remodel. The dispute arose after Nickelodeon announced a partnership with Marriott. While that deal fell through due to the economic downturn, it was enough for the Nick Hotel operators to sue Viacom (the owners of Nickelodeon). 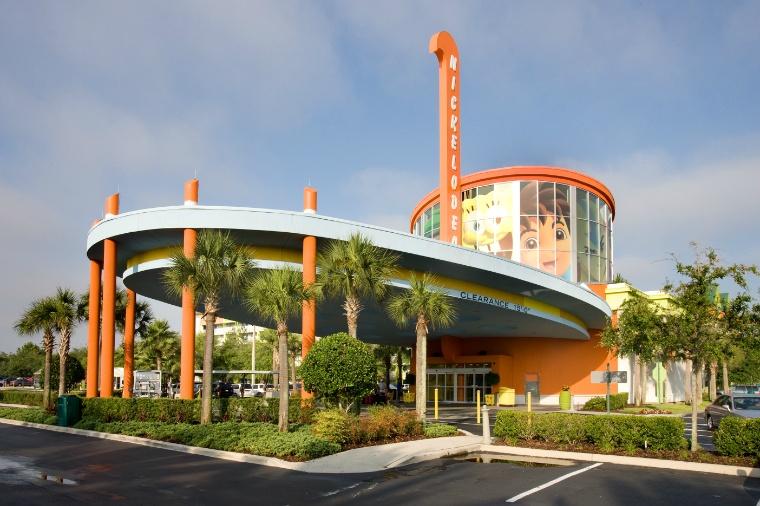 No matter what the cause, it’s clear now that the homegrown Nickelodeon brand may finally leave Orlando completely. The future of the time capsule that was moved to the hotel after Nick Studios closed, is still undetermined, but will remain in its current site for the time being.

If you have a need to get slimed and you don’t want to use your passport to do it you might need to reserve a night at the Nick Hotel before April 18. Luckily, the hotel is running a number of deep discounts through then.