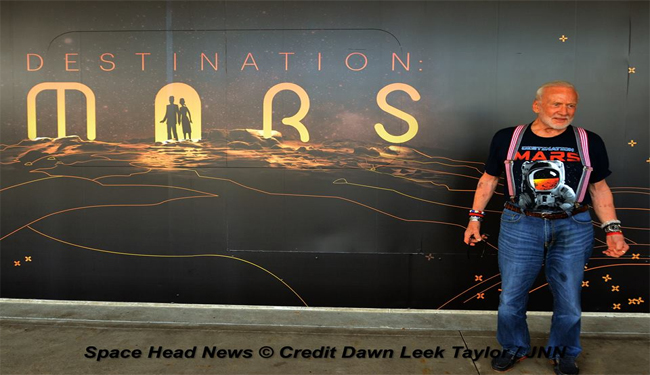 The attraction will give visitors the opportunity to “visit” several sites on Mars using real imagery from NASA‘s Curiosity Mars Rover. The attraction will feature a mixed reality headset, combining virtual elements with the user’s actual environment.

Visitors will “follow” Apollo 11 astronaut Buzz Aldrin and Curiosity rover driver Erisa Hines as they lead guests to areas of Mars where scientists have made discoveries.

Orlando Sentinel photographer Red Huber found the convergence of the natural world and NASA’s space shuttles many times during the 30-year span of the program.