According to Disney Fanatic.com, Walt Disney World, among other things, is a culinary paradise that offers a uniquely diverse array of specialty desserts between their four theme parks, two water parks, Downtown Disney (soon to be “Disney Springs”) and numerous resorts. There are many of you, like myself, that have an insatiable sweet tooth (or, more precisely, 32 of them) and can’t wait to sink our teeth into some of the many devilishly delicious treats Disney has to offer. Their world-renowned and award-winning culinary chefs go to great lengths to offer irresistible and indulgent treats that not only look spectacular, but include an out-of-this-world explosion of flavor that’ll have your taste-buds rejoicing (and have you shamelessly licking your plate). Because you are on vacation at Disney World where calories don’t count (just pretend along with me, okay?), feel free to indulge yourself. Here is a list of some of Walt Disney World’s most decadently divine, one-of-a-kind desserts (in no particular order) that with just one glorious bite will have you forgetting your own name.

11. Croissant Doughnut — Roll out the red carpet and welcome this year’s celebrity dessert. Don’t be fooled by the elaborate name on the menu—this is Disney’s version of the “cronut.” The craze that is sweeping the nation has finally reached Epcot’s World Showcase at the Refreshment Port. Is it a donut? Is it a croissant? It’s a marriage of the two, actually, in this deep-fried, crunchy-on-the-outside, fluffy and warm-on-the-inside pastry. Rolled in cinnamon and sugar, this goodie can be served a la mode or plain. Sink your teeth into this buttery beauty and try not to weep with joy. Notable mention: Funnel cakes served at the Sleepy Hollow Refreshment Stand (Magic Kingdom) and other various Disney World locations. 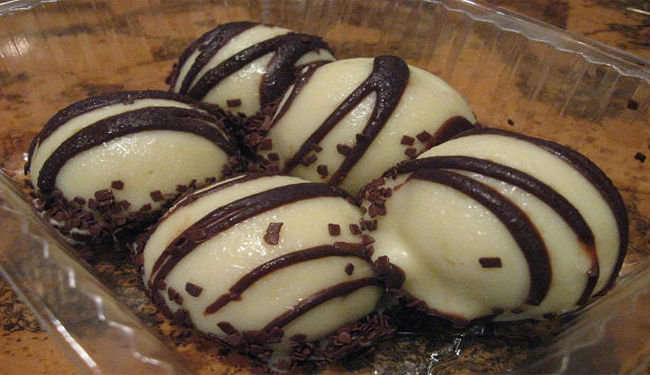 10. Zebra Domes — Guests at Disney’s Animal Kingdom Lodge have long been fanatical about these beloved bite-sized treats served in limitless quantities at the resort’s restaurant Boma: Flavors of Africa. And who can blame them? There is so much going on inside these petite portions of brilliance that you can’t figure out what flavor hits your tongue first—is it the Kahlua, the espresso, the rich, fudgy ganache, or the spongy cake that holds the slightest trace of amaretto? Ask anyone who has tried these chocolate-drizzled wonders—it is easy to lose count of how many you eat! These treats can also be purchased at the counter-service restaurant, The Mara. Notable mention: Oreo Bon-Bons (The Beach Club Resort’s Marketplace) 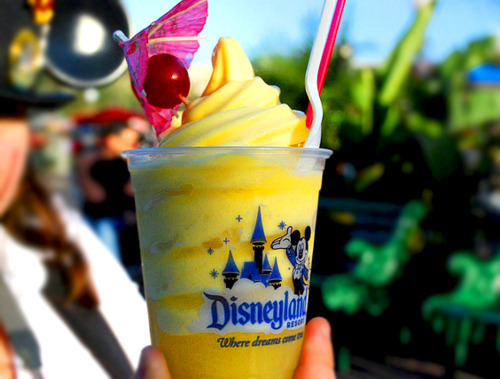 9. Pineapple Dole Whip — C’mon, you knew this one was coming. At this point I’m not sure there are many people who haven’t heard of this popular pineapple-flavored soft serve being whipped up and dished out at the Magic Kingdom and the Polynesian Resort at a rate faster than Lightning McQueen’s lap time. It’s no wonder as this frosty, luscious creaminess is just the right amount of cool to keep park goers refreshed during Florida’s often stifling heat. It may be up for debate whether this tasty treat truly deserves a spot on a list of phenomenally tasting indulgences but the novelty of this dessert and the fact that it’s just downright tradition for many people makes it one of the most celebrated and recognized Disney World pleasures. Notable mention: Mickey’s Premium Ice Cream Bar (located in various spots throughout Walt Disney World). 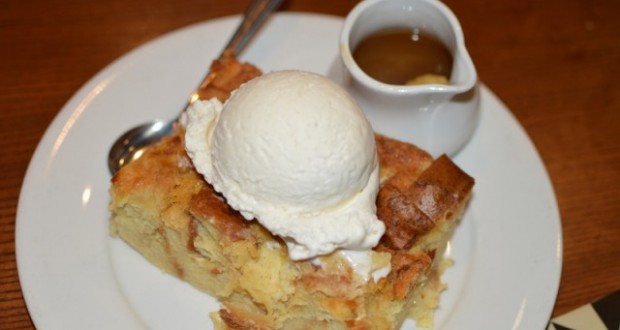 8. ‘Ohana’s Bread Pudding — Go ahead. Take a bite. Now close your eyes and keep on dreaming that you are the royalty that this heavenly dessert makes you feel. Served after an all-you-can-eat yum-fest at The Polynesian Resort’s ‘Ohana’s, this irresistible dessert of warm, sweetly soaked baked bread, topped with the most perfect trio of bananas, vanilla bean ice cream and caramel sauce will have you wishing you had saved more space in your tummy for a second helping. This flavorful dessert is the stuff legends are made of. Secret tip: Though it’s not on the menu at the Kona Cafe at The Polynesian Resort, the servers have been known to make the short trek to ‘Ohana’s to bring this dessert over to eager patrons upon request. Notable mention: Raglan Road’s Bread and Butter Pudding (Downtown Disney) 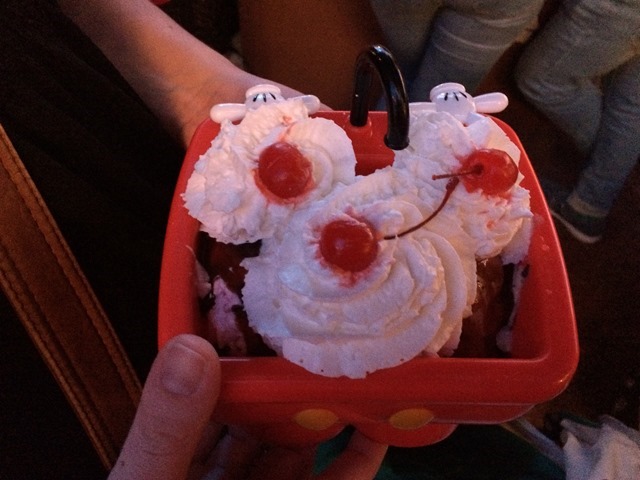 7. The Kitchen Sink — Servers at The Beach Club’s Beaches and Cream soda-shop styled restaurant like to make a big fuss over anyone who dares to order this extravagant, meant-to-be-shared dessert. The lights dim and flash and all attention is directed to the loud-booming voice announcing your dessert to the entire restaurant. Eyes grow wide and you’ll hear audible gasps as the towering ice cream concoction with every topping known to mankind is delivered to your table in, you guessed it, a kitchen sink. If you’ve ever dreamed of a dessert that includes an ENTIRE CAN OF WHIPPED CREAM, then you’re in luck! Grab your spoons and dive right in before it melts into a five-flavored puddle of ice cream soup. Notable mention: Rainforest Café’s Sparkling Volcano (Downtown Disney/Animal Kingdom). 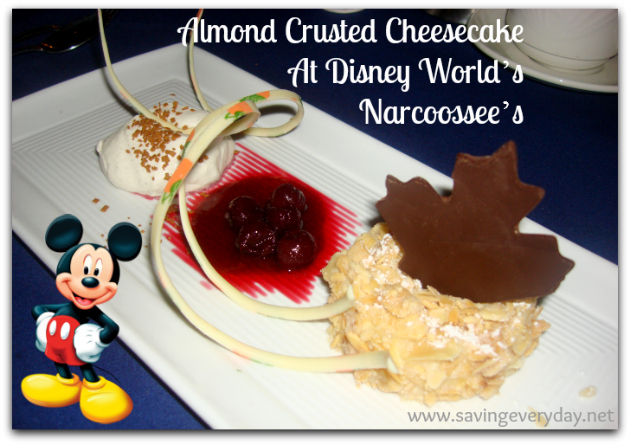 6. Almond-Crusted Cheesecake — Cheesecakes are a dime a dozen at Disney World, but this signature dessert found at The Grand Floridian Resort’s Narcoossee’s stands alone in the great cheesecake debate. This rich and creamy classic is increasingly gaining notoriety for its deliciously unconventional crushed-almond crust and sumptuously sweet yet surprisingly light core, finished with a perfectly contrasting Lambert cherry sauce. In fact, there have been many bold declarations by reviewers for it holding the title of best dessert on Disney property. Don’t feel like forking over the cash for a full meal at this upscale, fine-dining restaurant? You can order this dessert at the restaurant’s bar. Notable mention: Yak & Yeti’s Mango Pie (Animal Kingdom) 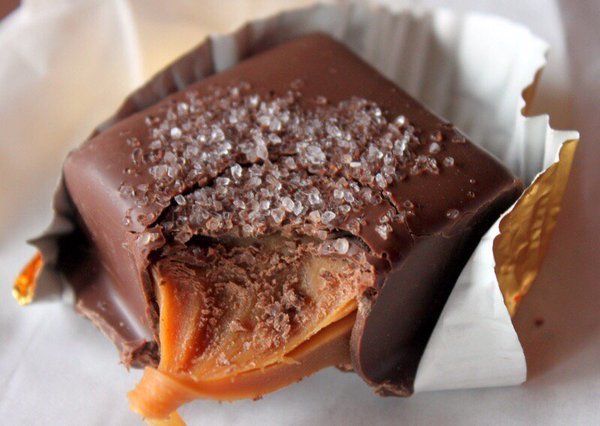 5. Chocolate and Caramel with Sea Salt — There are some people who like caramel, and others who are wrong. Try walking inside Germany’s Karamell Kuche (“Caramel kitchen”) and not fall head over heels in love with just one deep lungful of caramel-perfumed air. Seriously, you will be entranced and might even be tempted to order everything behind the display glass. While I certainly won’t fault you for that, your waistline will, so perhaps just order the Chocolate and Caramel with Sea Salt. This decadent square treat offers the perfect combination of chewy caramel, moist, rich chocolate and salty-sweet satisfaction. Try both the milk chocolate and the dark chocolate and drift away to your happy place. Notable mention: Chocolate Caramel Apples (located in various places throughout all of Walt Disney World). 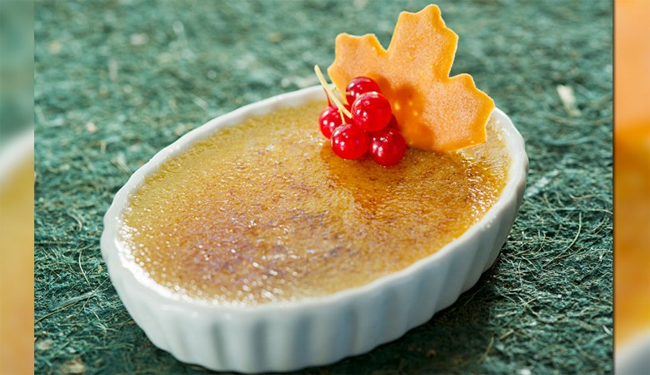 4. Maple Crème Brulee — Like Disney’s many cheesecake offerings, you will find numerous varied spins on crème brulees all over the Disney property. Seriously, they are everywhere. With flavors ranging from pistachio to caramel-banana to butterscotch, there is no shortage of options for the crème brulee enthusiast. Though you’d be hard pressed to find a bad crème brulee, this particular one with just a hint of maple is a prized and popular choice among all the rest. You can locate this creamy custard based concoction with the crispy sugar coating at Le Cellier’s Steakhouse in the Canada Pavilion at Epcot. Notable mention: Les Chefs De France Signature Crème Brulee. (Epcot) 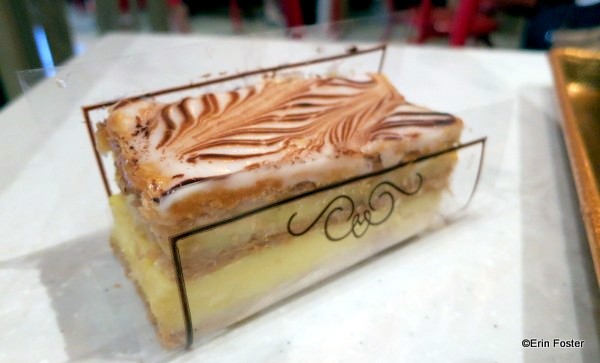 3. Napoleons — Stepping foot inside Les Halles Boulangerie & Patisserie in Epcot is like walking into a French pastry lover’s dream. Stop and let your eyes sweep over all the beautiful and colorful creations, displayed behind a glass cover to protect them from all those salivating mouths. Overwhelming is an understatement when trying to choose just one of these individual masterpieces so just go ahead and order the Napoleon. This authentic flaky pastry, silky custard and whipped cream concoction will certainly not disappoint. Your lips will be smacking in applause-like gratitude, trust me! Notable mentions: The Macarons aux Framboises (raspberry macaroons) and the Chocolate Croissants from Les Halles Boulangerie & Patisserie. 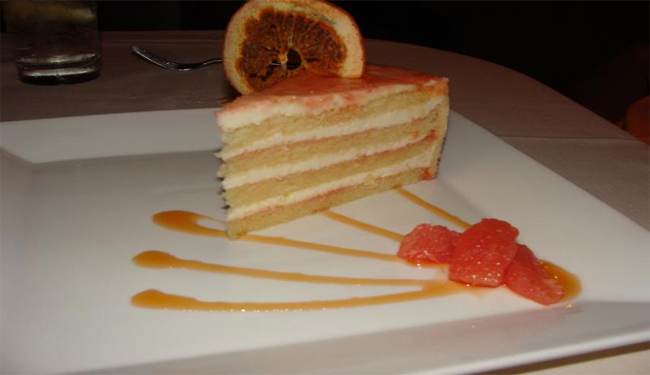 2. Grapefruit Cake — This famously delicious layered cake has quite the reputation at Disney’s Hollywood Studios. The Hollywood Brown Derby confection is just so magnificently one-of-a-kind that it simply had to be on this list. This collision of yellow cake, cream cheese frosting and tart grapefruit flavor is somehow both subtly sweet and powerfully distinct, making you want to do that little shoulder-dance (yeah, you know what I’m talking about) in your seat. Notable mention: Liberty Tree Tavern’s Ooey Gooey Toffee Cake (Magic Kingdom). 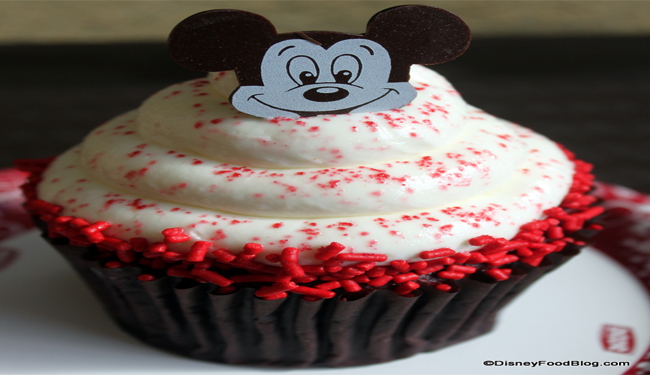 1. Red Velvet Cheesecake Cupcake — The Starring Rolls Café is another one of the Disney Park’s hidden gems where you can pop in for a quick snack, light lunch, or scrumptious dessert (or even wine!). They have many tempting offerings to drool over, but the Red Velvet Cheesecake Cupcake is the star of the show. Piled high with frosting, these artisans hid CHEESECAKE inside a mouth-wateringly moist red velvet cupcake. Shareable, yes, but just go ahead and order your own. You’ll thank me later. Notable mention: Carrot Cake Cookie at The Writer’s Shop (Disney’s Hollywood Studios)

Don’t see your favorite listed here? Share it in the comments below!