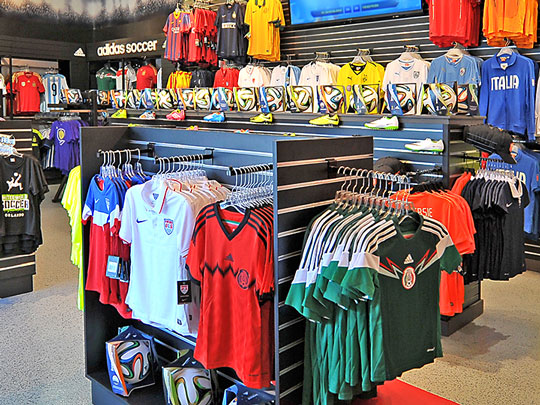 Soccer legend Pelé will be the face of a rebranded retailer at Disney Springs as Pele Soccer replaces United World Soccer.

Orlando-based United World Soccer reached a licensing deal with the Brazilian soccer star, a deal that owners hope will propel the brand.

The store continues to offer jerseys from clubs and countries around the world, footwear, and accessories along with Pelé’s jerseys from his time playing for Brazil, Santos and the New York Cosmos. You can also see Pelé’s World Cup Trophy.