The Orlando Sentinel alerts us to get ready for goggles in theme parks. Virtual reality, with its computer-generated sights and sounds that surround users, soon will transport parkgoers to places impossible to build.

That can give new life to fading attractions, experts say.

“It’s the wave of the future for the theme parks,” said Dennis Speigel, president of consulting firm International Theme Park Services. “From Disney to Six Flags and Cedar Fair, they’re all studying this aspect very intensely, and they’re also implementing it.” 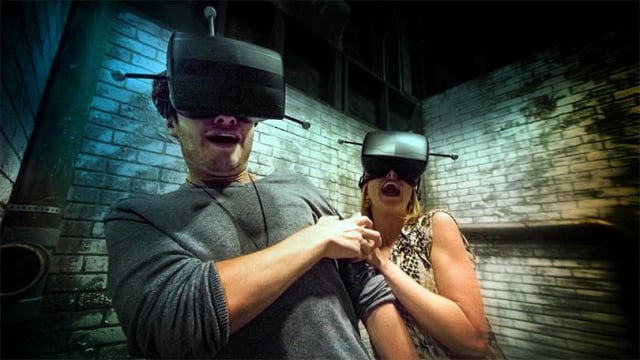 Universal Orlando will be the first Central Florida attraction to step into virtual reality in a major way. This new element of its Halloween Horror Nights will put visitors, in groups of four, in a larger-than-life, supernatural environment beyond its traditional haunted houses.

Virtual reality can create spaces that are too elaborate or fantastical to construct in real life and are “scary and perilous,” said TJ Mannarino, senior director of art and design at Universal Orlando.

It also will “give you characters that really are truly supernatural and paranormal, which sometimes we can’t physically do,” he said. 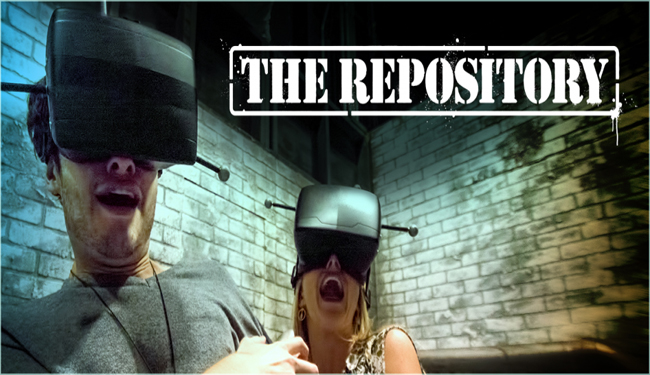 Universal’s virtual reality offering, dubbed The Repository, debuts Sept. 29 during Horror Nights, which runs for 31 select nights between Sept. 16 and Oct. 31. Visitors who pay an extra $49.99 will wear a “head-mounted display,” allowing them to see and interact with a different, mysterious world.

“Having that, as a storyteller, gives us on the entertainment side a huge, huge new bag of tricks to play with,” Mannarino said. The Repository also will use live performers, a trademark of Halloween Horror Nights, he said. Universal teamed with VRStudios, based in Bellevue, Wash., to create the experience.

Theme park annual events about to ramp up virtual-reality goggles that present a fresh gargoyle-themed storyline.

Walt Disney Co. has been exploring uses for virtual reality technology, a spokeswoman said. Some of its theme-park attractions already use media to immerse visitors, including Star Tours at Disney’s Hollywood Studios and Mission: Space and the recently updated Soarin’ Around the World at Epcot, she said.

“It’s taking an old ride and making a new experience,” Speigel said. “And they don’t have to spend $125 million on a roller coaster.” 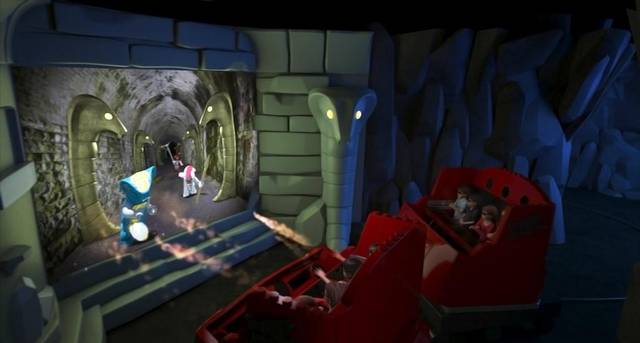 Part of the hold-up could be because of operational challenges, including the issue of capacity, said Martin, whose company is installing Ninjago rides at multiple Legoland theme parks, including the one in Winter Haven.

“When you are in a theme-park setting, it’s all about how many guests can you satisfy, can you absorb,” he said, because lines would get too long. “The park cannot afford to have a ride or an attraction that will only have 40 people an hour or 100 people an hour.

Putting on and securing the goggles is time-consuming, plus the apparatus must be sanitized between users, Martin said.

“It slows down the flow of a ride or attraction,” he said.

Martin doubts that virtual reality will take over all the attractions at major theme parks, which he calls “destinations unto themselves.” In addition, the isolated feel of virtual reality can be off-putting, he said.

“I want to see my son smile when he’s riding, coming out of Harry Potter or Space Mountain,” Martin said. “I don’t want him to be in a helmet. He’s got one at home, and he’s in the basement playing with his friends.” 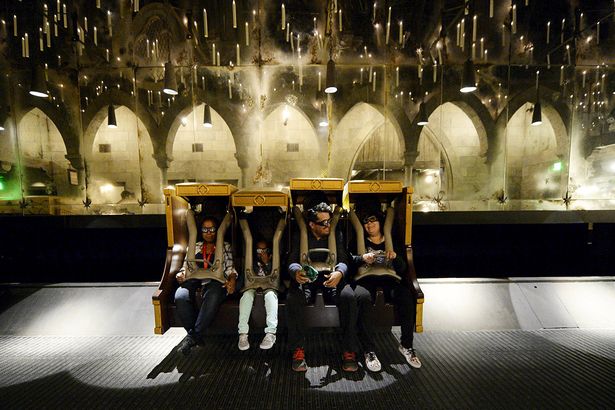 “We very specifically don’t want you to say, ‘Wow, we went all the way down there to Universal and I went to Halloween Horror Nights and we watched this thing and I could have watched a three-minute video that I downloaded on my DVR for three bucks,'” Geraghty said.