According to the Orlando Sentinel, Universal Studios begins its 26th round of Halloween Horror Nights this weekend. The format remains the same, but there will be fresh offerings among the theme park’s haunted-house mazes, scare zones and stage shows.

Here are some long-standing HHN survival tips, including some for the faint of heart, and a few notes specifically for 2016.

Getting to the park when it event starts has its perks. If can move  farthest from the entrance, you’ll probably see shorter lines for houses, and there’s more elbow room in general. Plus, if you’re the kind of HHN-goer that’s kind of jumpy about the whole experience, getting there before sundown helps you acclimate to the environment. Everything is less scary before dark.

Some security measures have changed at Universal since last year’s HHN. All visitors go through metal detectors before entering area, mostly at the hub of the ginormous parking garages. That means there won’t be another check at the gate of Universal Studios.

If you can get through the night without that backpack, look for the no-bags line, which is usually on the far right of the bank of metal detectors as you approach.

“Bill & Ted’s Excellent Halloween Adventure” is back for the 25th consecutive year. The new “Academy of Villains: House of Fear” mixes an asylum theme with “high-energy dance and specialty acts,” Universal says. 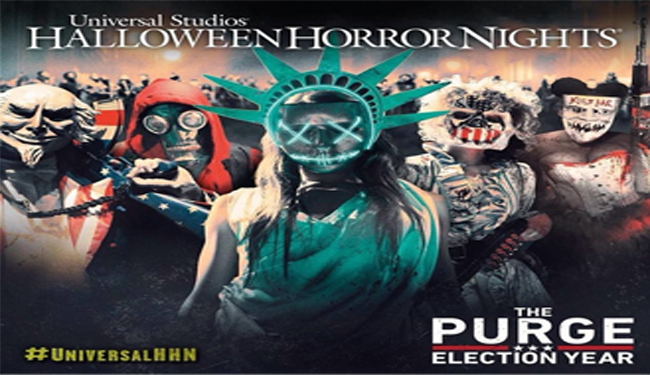 Poke around the website (halloweenhorrornights.com/orlando) for the best prices. Don’t panic and settle for that one-night price; you can probably do better with discounts for Florida residents and Universal Orlando annual passholders. Also do the math on whether a multi-night combo ticket makes sense for you. (There are front-of-line access options, for a price.)

If you need a break from horror, there are six major Univesral Studios attractions open during HHN hours: Harry Potter and the Escape from Gringotts, Hollywood Rip Ride Rockit, Men in Black Alien Attack, Revenge of the Mummy, Transformers: The Ride — 3D and the Simpsons Ride.

Before heading to HHN, take a look at park map and make a plan. The color-coordinated map on the website (look under the “about” tab) includes houses, scare zones, shows and the open attractions. It saves time if you can bundle activities instead of walking through the crowded park and scare zones unnecessarily.

A new element of HHN for 2016 isn’t available on opening night. The Repository, a more intimate virtual-reality experience, begins Sept. 29. Reservations are required (call 407-224-7480), and the experience costs $49.99 per person on top of regular admission price. 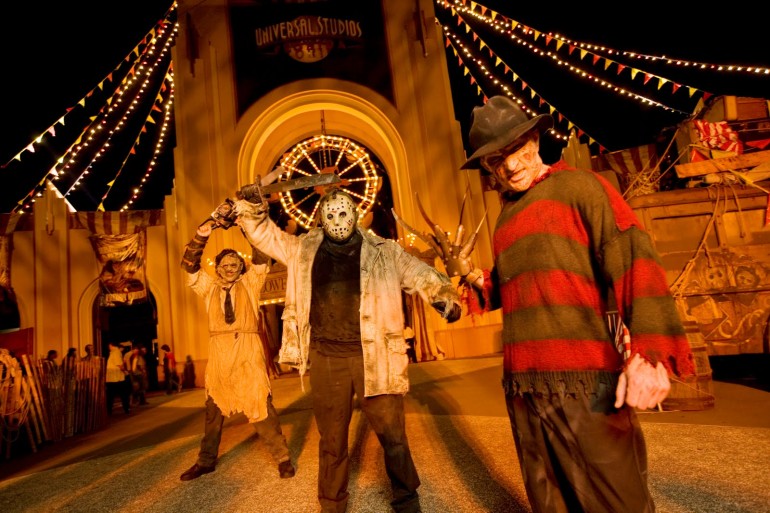 Universal hasn’t shared much in the way of details, but look what I found in the fine print of the website: “While walking and wearing a headset, guests will experience an environment consisting of enclosed spaces, locations of great height and scary/intense interactions.” Yikes! Locations of great height?All this fine print is on the website (look under the “tickets & packages tab”), and there are facts there about eyeglasses, wheelchairs, service animals and the requirement to sign a waiver. (Note: Repository participants must be age 13 or older.)

If you’ve not been paying attention during Universal’s release of houses, you should know that some 2016 mazes are themed to horror properties “Krampus,” “The Exorcist,” “The Texas Chain Saw Massacre” (1974 version), “The Walking Dead,” “Halloween II” and “The Walking Dead.”  This year’s original houses are named “Ghost Town: The Curse of Lightning Gulch,” “Tomb of the Ancients” and “Lunatics Playground 3D: You Won’t Stand a Chance.”

The will be my 10th HHN. Yes, many of you have lapped me on this. But once upon a time, I had no interest in paying extra money to be freaked out by lurking characters. I’ve overcome that although there’s still tension in my shoulders while meandering through the mazes.

So I have sympathy for you reluctant HHN customers. For you, I have these soothing strategies: Remember, it’s just pretend (no real torture is allowed); it’s OK to scream, which is therapeutic and lets the scare actors know they’re doing a good job. By the time you’re in the third or fourth house, you’ll learn to spot the creepy lurker. Spotting them before they lunge at you sure takes away their thunder.