Entertainment Weekly.com reveals flash news that Jyn Erso is coming for the Rio Olympics. As revealed in a new commercial, the next trailer for Rogue One: A Star Wars Story will air Thursday during the Summer Games, coverage of which airs on NBC.

The announcement spot, featuring footage from the previous trailer, was caught by a Twitter user and posted online, after which Lucasfilm confirmed the trailer debut in a tweet. It’s unclear exactly what we’ll see, but the film’s panel hosted by Gwendoline Christie during Star Wars Celebration Europe screened footage that, among other things, revealed Darth Vader’s big-screen return.

See the announcement spot below.

See the premiere of the new #RogueOne trailer during Olympic coverage this Thursday. pic.twitter.com/xkQIIvoYu3 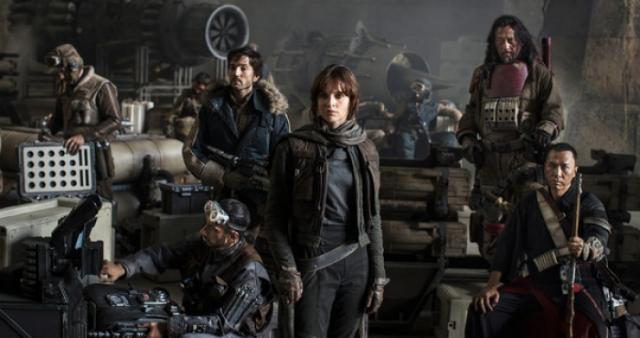 Rogue One, directed by Godzilla’s Gareth Edwards, stars Felicity Jones as Jyn Erso, enlisted by the Rebels to steal the plans for the Death Star that would later be used in the original Star Wars trilogy to take it down.

Rogue One: A Star Wars Story will debut in theaters on Dec. 16.

Can’t Wait till the debut!