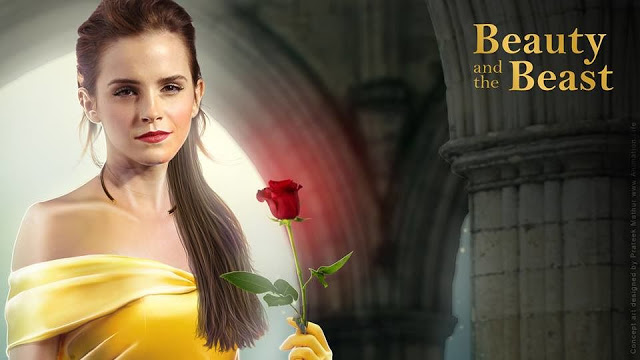 Beauty and the Beast: Emma Watson Leads a Table Read

Collider.com provides a behind the scenes look at Disney’s live-action take on Beauty and the Beast, directed by Bill Condon and starring Emma Watson and Dan Stevens, doesn’t debut until March 17, 2017, but fans can get an early glimpse at the new movie thanks to a bonus clip in the animated classic’s 25th anniversary Blu-ray. Fans can also watch four versions of the film in addition to the all-new bonus features when “Beauty and the Beast Walt Disney Signature Collection Edition” becomes available on Digital HD September 6th and Blu-ray September 20th.

Right now, however, you can get a sneak peek at a partial version of the clip, one that reveals a good portion of the live-action cast during their table read. Watson’s Belle and Stevens’ Beast lead the read, but if you can tear your eyes away from them for a moment, you can also glimpse live-action recreations of Lumiere, Mrs. Potts, Cogsworth, Chip and more in the concept art that surrounds them.

Get a glimpse of the live-action Beauty and the Beast below: