After planning your dream vacation for so long, don't let factors that can be prevented interrupt all the fun.

Walt Disney World is a magical place where elephants can fly, you can hug a princess, everyone can be a kid again, and dreams can come true. It is also a place where people can get hurt, accidents can happen, and dreams can quickly be dashed. Too often guests seem to think that there is a magical bubble over Walt Disney World, and nothing bad can happen there. The Disney Bubble does not exist. You don’t want to think that something bad might happen on your holiday, but that doesn’t mean that it will be problem free.

Here are ten tips for staying safe while on your Walt Disney World vacation. 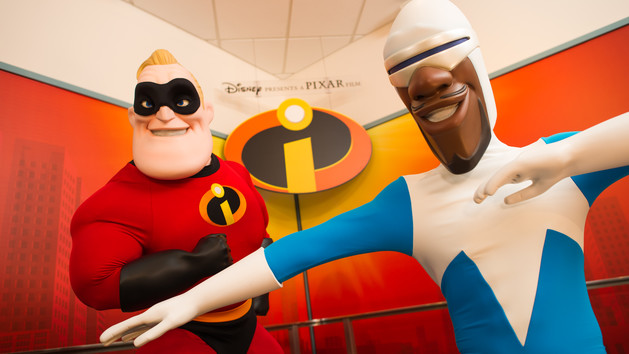 Sunburns are more than just a painful nuisance. They can ruin your vacation by making you miserable. Not only that, a sunburn now can damage your skin for the rest of your life and might lead to cancer. Each member of your party needs to use sunscreen, even if you don’t normally burn. An act that takes a few seconds could literally save a life. 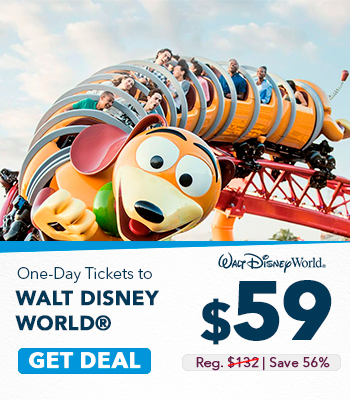 Florida is hot and humid a good part of the year. It is all too easy on a hot day to end up sick because of the heat. Your body needs more water in hot weather, so make sure you give it what it needs. Plain water is best. Bring in your own water bottle and fill it up often, or ask for a free cup of ice water at most counter service dining locations. No one wants to pass out while on vacation.

Speaking of staying hydrated, don’t think that alcohol is the solution. While there is nothing wrong with someone who is of age enjoying a drink or two, drinking too much is not a good idea. Too many people make poor choices when they drink too much. Don’t be the person who other guests will laugh about later.

6. Smoke Only in Designated Areas

Walt Disney World has designated smoking areas in the theme parks and in other places as well. Please be considerate of others, and keep your smoking to those areas. It’s not only a safety issue, but also one of common decency. You don’t know how smoke affects those around you, so please don’t subject them to your habit. Disney animated films are filled with birds, deer, mice, and other critters that are friends to princesses. You’ll see plenty of similar creatures on Disney property, especially near the outdoor eating areas. There are some “do not feed the animals” signs, but not nearly enough. Feeding the animals makes them more aggressive and less afraid of humans. Your Cinderella moment could lead to a child later getting hurt because the same bird that took a piece of popcorn out of your hand later goes after a french fry that a little one is holding. If you’ve ever taken the ferry to the Magic Kingdom, you’ve probably seen how the seagulls will be downright aggressive towards anyone on deck who has food. Feeding the animals is a bad idea, and it’s against the rules.

There are safety signs all over Disney property, and too many guests ignore them. If a sign says “No Swimming” totally stay out of the water; don’t even wade. You could see a sign that states “No Bikes Beyond This Point”, don’t think it doesn’t mean you. “No Climbing on the Rocks” does not mean that your kids can go onto the lower rocks while you take a picture. “No Stopping” does apply to you and your family, even if you want a picture under the magical Walt Disney World entrance sign. You aren’t allowed in a “Cast Members Only” area unless you’re a Cast Member. Disney isn’t trying to ruin your fun with their rules. They’re trying to keep you and your family safe. 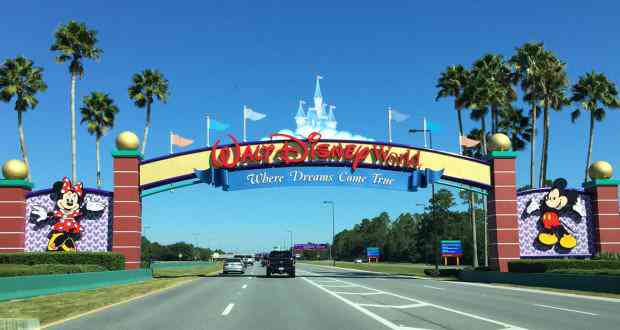 Insurance agents must groan when they learn that a client is headed to Walt Disney World. There is something about driving in the area that makes all rules of the road fly out the window. Drive the way that you want your teenager to drive. Use your turn signals, keep space between you and the car in front of you, stop for pedestrians, obey the speed limit, stop for red lights and stop signs, and pay attention to the road. If you miss your turn, don’t turn sharply across traffic, cutting off other cars or blocking lanes. Instead, drive one more intersection and make a U-turn. Let someone else in your car take the pictures, don’t take them while you’re driving. Make sure your headlights are on when it’s getting dark and when it’s raining. If you rent a car, learn where everything is before you take it out onto the road. Don’t be one of the many bad drivers that drive on Disney property each day.

Many rides have safety regulations posted in more than one place. These regulations should be followed. If you’re expecting, don’t ride if it’s not recommended. If you have a heart or back problem, talk to your doctor before you leave home about your limitations. If your kids aren’t tall enough to ride, take them to ride something else! Don’t argue with a Cast Member, or blame him or her for “ruining Billy’s fun”. Know the rides your kids are too short for ahead of time, and get Billy interested in things that he can ride instead.

Why does common sense fly right out the window as soon as some people arrive in Central Florida? Yes, you’re on vacation, but that doesn’t mean that you or your kids should behave differently than you do at home. Keep your parenting skills sharp, and set rules and boundaries. Also, make sure your kids know what to do if you’re separated. Teach them how to identify a Cast Member by the name tag. Your whole family should get enough sleep on your vacation. Don’t overeat, wear comfortable clothes and shoes, and take a break when needed. Be careful, and remember that the Disney Bubble is a myth. Knowing that things can go wrong will make you more cautious. That will help you and your loved ones to have a better vacation and truly enjoy the magic.