When you first enter the Orlando castle, you are transported to a different era. The look and feel of the venue, all the way down to the door knobs, is inspired by 11th century Spain. Medieval Times offers shows 7 days a week and you’ll want to show up early to make sure you get the full experience. 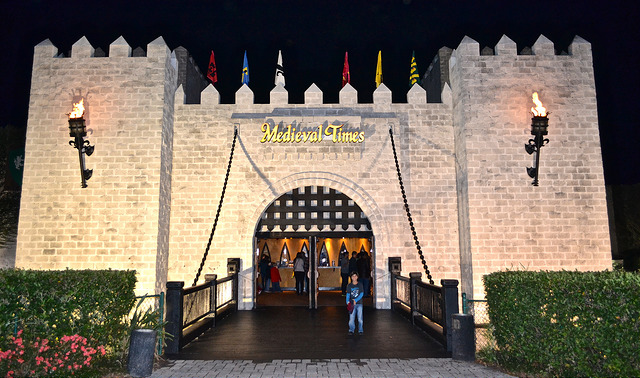 Located right next to the castle is a large area known as the Medieval Village. Filled with artifacts and displays from over 800 years ago, this attraction included with your ticket, will give you a whole new perspective on medieval life. I walked through with Stefanis Alexandres, master metalsmith and expert on all things medieval. He showed me some of the tools and equipment used back in the day. Many of the items in the Medieval Village are authentic pieces imported from Spain. It’s practically a museum! 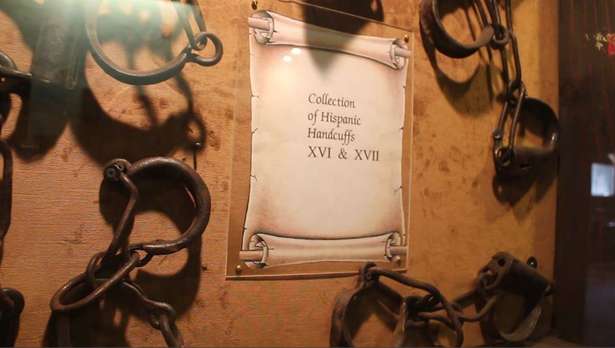 This is definitely someplace you’ll want to explore.

Before the start of the show, everyone gathers in the great hall. Each guest is given a crown that represents where they are sitting and which color knight they will be cheering for. I was on team yellow! Once you hear the sound of trumpets, it’s time for the games to begin. During the tournament, you’re given a hearty meal of soup, chicken, corn, a seasoned potato, and an apple turnover (vegetarian meals are also available). And remember, this is the middle ages, so your utensils are your good old-fashioned hands. Wenches walk around the 1000 seat arena to sell you a drink or two as well. 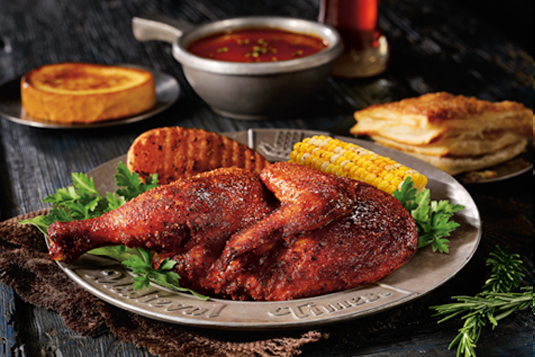 The knights battle in head to head combat on authentic Spanish Andalusian horses while the King and Princess look on. Training to become a knight can take years and the actors practice for several hours a day to make sure no one gets hurt. Also in the show is the kingdom’s master falconer. He trains the bird of prey to fly right over the audience all throughout the arena.

After an intense battle on horse and foot, only one knight is left standing. He is crowned champion and takes a victory lap while passing out roses to some of the most noble on his cheering squad.

Medieval Times is a one of a kind experience that can take you back in time to an authentic 11th century way of life. I’m already waiting for my chance to get back there and watch the knights joust again! 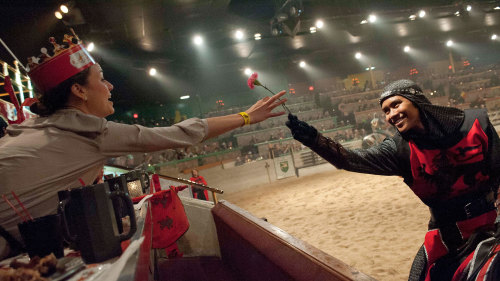 Join me for a noble time!

Travel Back to Medieval Times with Me!https://t.co/o5A84YUoxO