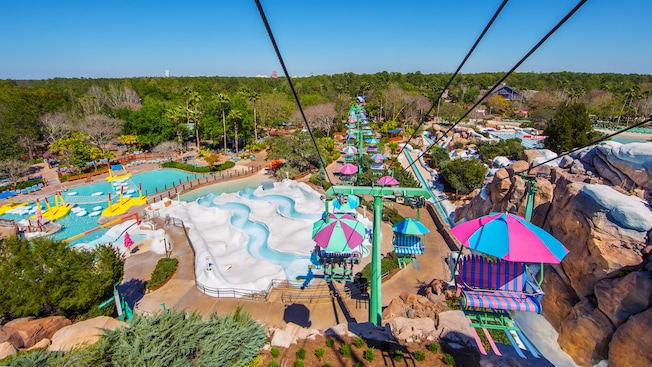 With the addition of Miss Adventure Falls at Typhoon Lagoon earlier this year, Blizzard Beach now holds the longest streak of any water park without a major new addition. Typhoon Lagoon went over a decade between its two most recent updates. Blizzard Beach hasn’t seen a major update since the park opened in 1995.

Any major updates will likely open before Disney World’s big 50th Anniversary in 2021. In the meantime, Blizzard Beach is celebrating Club Penguin and Frozen. No word on the old rumor of Blizzard Beach getting a permanent Frozen theme updating.