Is there a food more divisive than pizza? We wonder…. Find any city’s “best” and you’ll find one dissenter who knows better. At least. Ranking is almost a no-win prospect, but we’ll do it anyway. Orlando has its fair share of Italy and New York transplants who have brought their secrets along with. USA Today exposes the case in point, Epcot’s Italy Pavilion, where everyone from the gelato vendor to the shop cashiers are imported. If you’re lucky enough to be here when that pizza craving hits, look no further than Via Napoli’s volcano-hot ovens. That said, the City Beautiful is not without its neighborhood joints, among them the native New Yorker-owned Pizzeria Del-Dio. Francesco’s in Maitland has a decidedly more upscale feel (though it’s still casual and cozy), and its primary pizza-slinger hails from Palermo in Sicily. The founder of Anthony’s Coal Fired Pizza was born and raised in the Empire State, though this Florida-based chain was founded in Fort Lauderdale. It’s since migrated up to the northeast, but Sunshine Staters were the first to fall in love with the crisp, lightly charred crust that is the restaurant’s signature. Out on the city’s east side, UCF students and other locals enjoy the ginormous spoils of Lazy Moon. Come for a slice. Stay for some bocce. 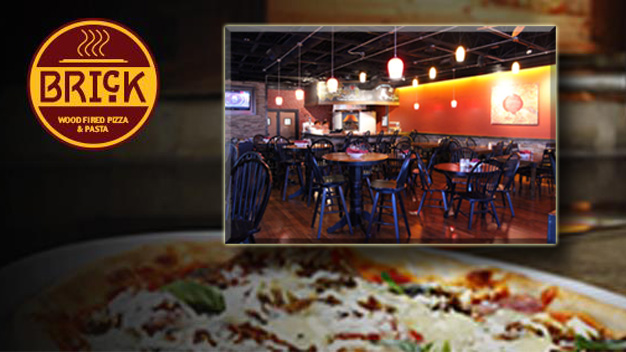 Brick & Fire
The locals love Brick & Fire – for Chef Mark’s welcoming attitude, for 50-cent wing night, for regular wine specials, for Italian entrees, but most of all for the pizza. Like anyplace else, you’re welcome to build your own but the house and specialty pies are a foodie’s delight. From the Milano – with its Italian sausage, Portobello mushrooms and balsamic-roasted red onions to the Chicken Club with bacon and gruyere, bacon, tomato and baby greens, Brick & Fire delivers not only delicious pizzas, but creative combinations. Gourmands can sample it with duck confit; true carnivores can do their best to take down a pie with eight different meats piled on. Game on. (407-426-8922) 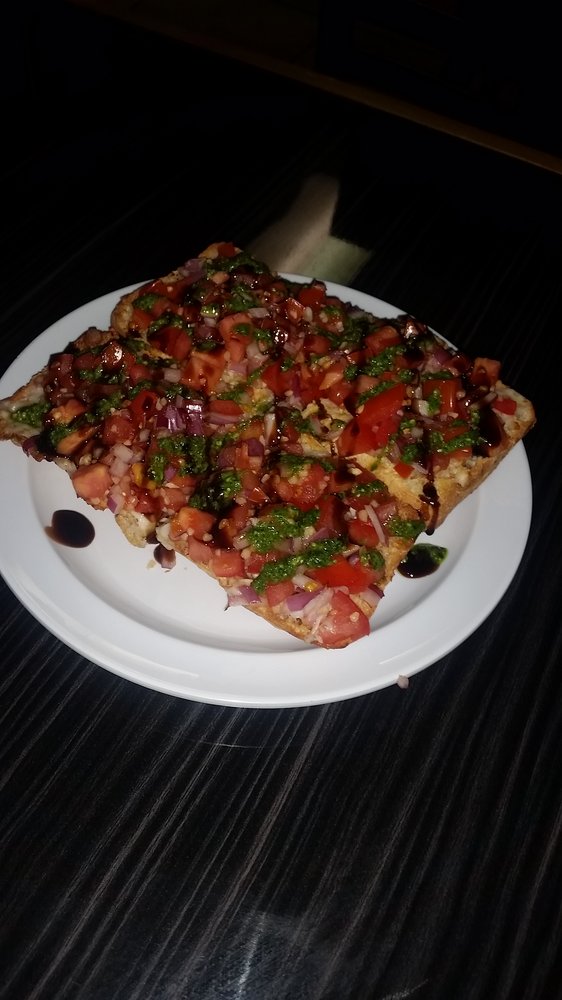 Pizza Xtreme
Great pizza, great service and great prices are the trifecta at Pizza Xtreme, a crowd-pleaser for local families with a hankering for a reasonably-priced meal out and a surprise find for visitors looking to eat well on a vacationer’s budget. And if you’re looking for more of a challenge than enjoying a great slice, why not make an attempt at Pizza Xtreme’s Wall of Fame? For those feeling a bit “Man Vs. Food,” two competitors get one hour to consume a seven-pound, 28-inch pie with one topping on it. Consult your cardiologist before attempting. Or just watch while enjoying a one-slice/one topping, side-salad special. ((407) 226-3333) 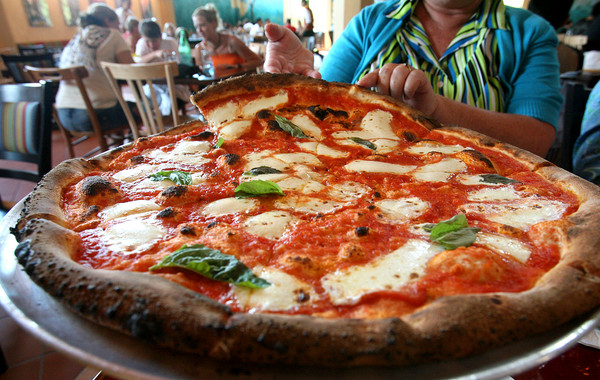 Via Napoli
Visitors to EPCOT expect, rightfully, to get authentic cuisine in the various international pavilions around the park. Located in “Italy,” Via Napoli Ristorante e Pizzeria delivers the sauce for certain, but its thin-crust pizza, which bakes in record time in the gaping maws of ovens so hot they’re named for the nation’s most famous volcanoes – Etna, Vesuvius and Stromboli – is a crispy, chewy, gooey delight for the taste buds. In fact, they take the art so seriously, Via Napoli brings in water sourced from a domestic spring similar to Italy’s Campania region. With the crust well covered, diners are welcome to source the toppings themselves for an array of meats, cheese and vegetables. ((407) 939-3463) 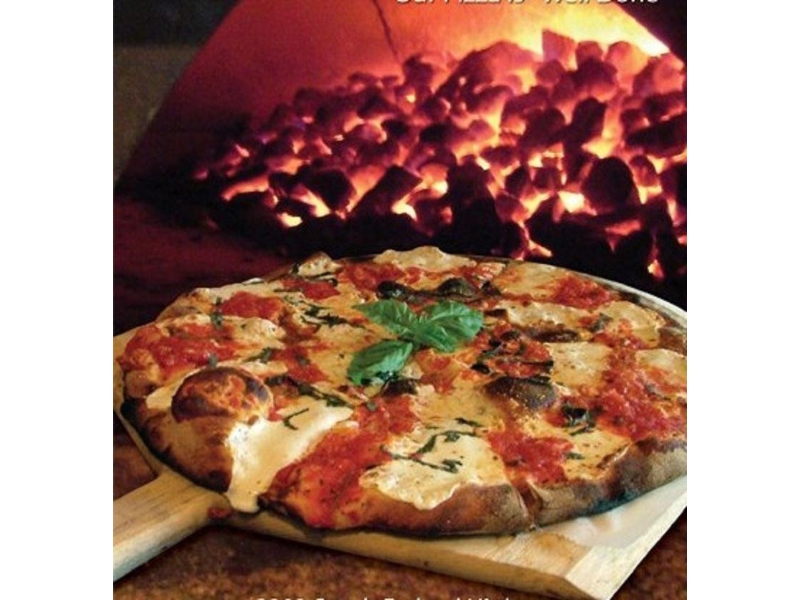 Anthony’s Coal Fired Pizza
Anthony’s Coal Fired Pizza is a Florida original, opening its first restaurant in Fort Lauderdale back in 2002. Since then, they’ve expanded across the state and into Pennsylvania, Delaware, Connecticut, New Jersey and founder Anthony Bruno’s native New York. They’ve got a few other Italian specialties on the menu – along with coal-fired chicken wings that come topped with a pile of caramelized onions, as well – but it’s pizza that packs the place regularly. The chain’s slogan, “pizza well done” does double duty as something of a warning – a crisp, slightly charred crust is Anthony’s signature – and an array of signature pies make for some unique, delicious topping combinations. Of course, pies are wholly customizable, as well. ((407) 363-9466) 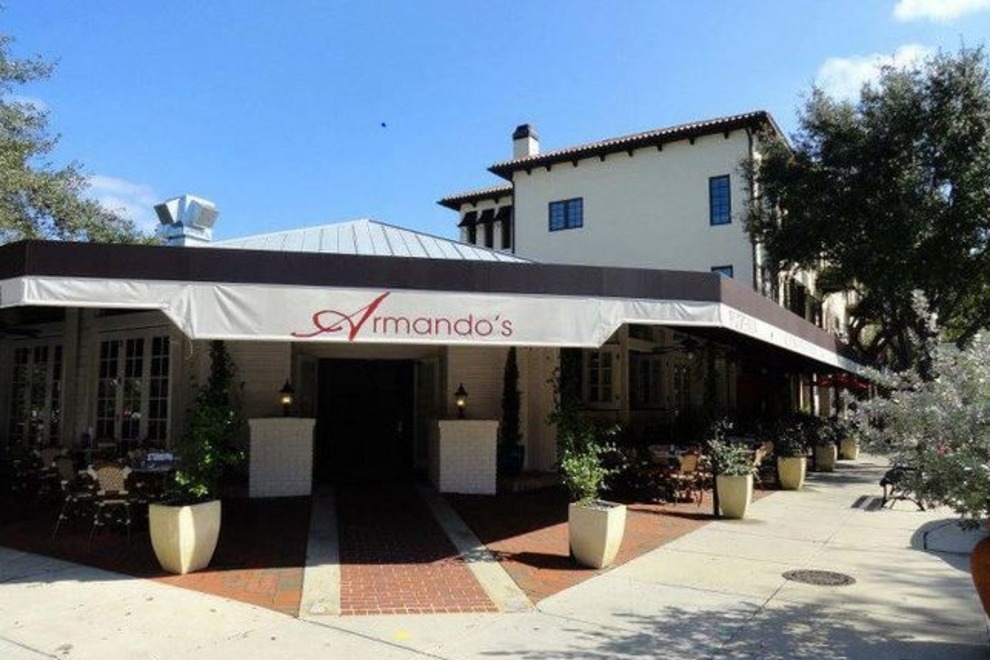 Armando’s Cucina Italiana & Pizzeria
As laudable for its location and atmosphere as much as its crisp, oven-fired pies, Armando’s makes for a jovial post-work pit-stop for a glass of wine � the No. 1 gateway drug to cheese. Here you can enjoy either in the cozy interior or, if the weather’s agreeable out back on the patio or people-watching beneath the sidewalk awning. No matter where the table, the pies…? Perfecto. Creamy cheese, fresh herbs, rich sauces, wonderfully browned, salty meats. Oh yes. You know you want it. Pastas, meat-based entrees, salads (try the Caesar!) round out the menu but the pizza is really where it’s at. (407-951-8930) 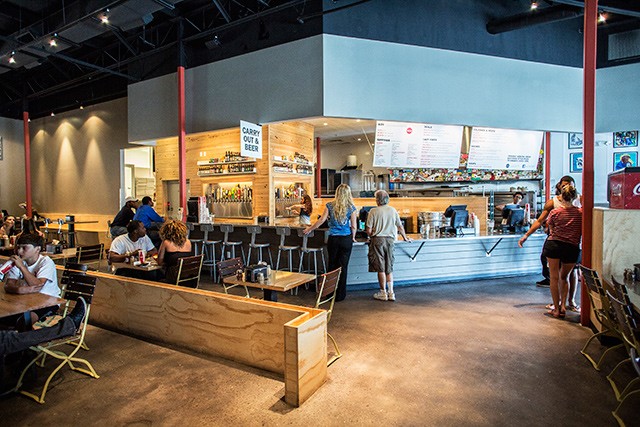 Lazy Moon
When is a slice not a slice? When it’s a massive pennant flag of expertly chewy/crispy crust covered in wonderfully melty cheese and the toppings of your choice. That’s pretty much was they’re serving up at Lazy Moon, much to the delight of the regulars, which come from all walks. Some actually DO walk, in fact; Lazy Moon is popular with the students at nearby UCF. Too bad many of them are too young to sample the surprising cocktails they’re slinging. But the pizza is really what it’s all about: big pies, classic to creative, are available for eat-in (bring friends, seriously!) or take-out. Stay for a beer or a game of bocce if you like. Their indoor courts are open and free to all patrons. (407.658.2396) 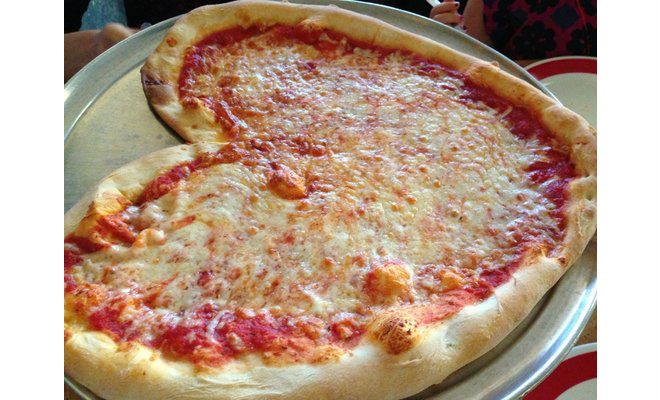 Pizzeria Del-Dio
This local favorite, run by a Brooklyn native whose first endeavor served Canarsie for some two decades before heading south to Orlando, Pizzeria Del-Dio serves up Italian specialties – along with what some call the city’s best pizza – using recipes garnered from family members. Like most pizzerias, the atmosphere is decidedly casual, infused with both garlic and happy regulars getting their fix. New York-style and Sicilian crust pies are available, whole or by the slice, and if you’re looking for a pizza for that special someone, Del-Dio’s will make you up a heart-shaped order for $9.95 – presumably for the purpose of courting a very serious foodie. ((407) 898-1115) 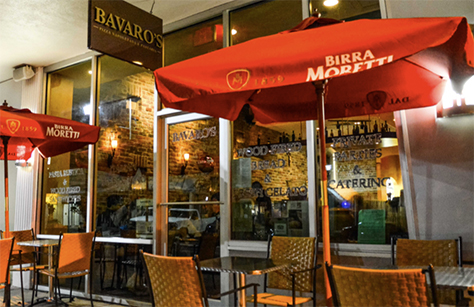 Bavaro’s Pizza Napoletana & Pastaria
Bavaro’s made a name for itself over in Tampa before branching out to this cozy Winter Springs location, where word of its phenomenal, super-heated pizza oven spread almost as quickly as they can bake a pie � which is pretty fast when you can maintain temperatures of 900 degrees. The result is a crust so crisp and blistery-beautiful that you’ll probably want to make reservations before popping in. From the simple Margherita to the anchovy-laden Romana to the decadent Carciofi con Uovo (artichokes + prosciutto + egg = yum!), the Neapolitan delights abound. Order a couple, though, authentic Italian pizza does not come SuperSized Americano. (321-422-3600) 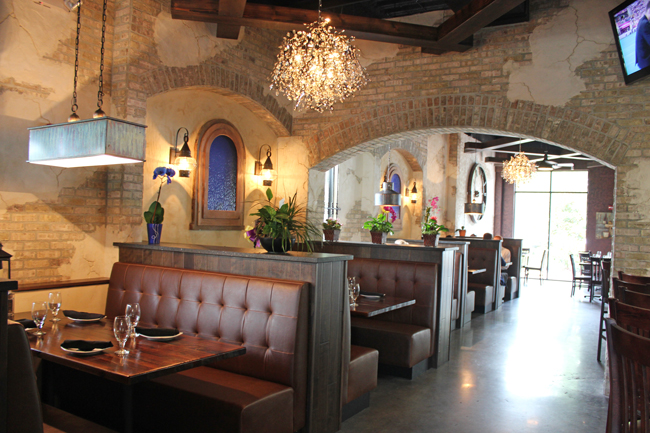 Francesco’s has a decidedly more upscale atmosphere than your average grab-a-slice pizzeria to be sure, but stuffy it isn’t. Its broad menu, often accented by wonderful appetizer and entrée special, will not disappoint, and its pizza – gooey, hot from the oven and generously topped is really, really good. Try one of the house pies – Quattro Stagioni, with ham, artichoke hearts, mushrooms and roasted red peppers, is exceptional – or create your own. And it’s always fun to check out the action in the eatery’s open kitchen where the staffers seem to be enjoying themselves amid the fray. Reservations are recommended for busy weekend nights. ((407) 960-5533) 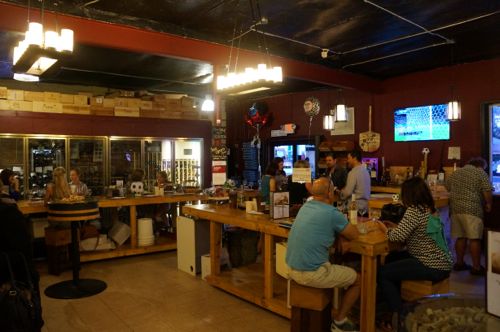 The Wine Barn
Much in the way that parents dream of an in-Target margarita bar come school-supply shopping season, so, too, have wine enthusiasts fantasized of local shops wherein the bottles they covet might be opened, right there on the spot, and enjoyed alongside fine food. Sans fancy dress code and wine snobbery, of course. Orlando, it turns out, has given us just that in the form of the Wine Barn. Long a favorite among locals looking for good bottles at every price point, the addition of a wood-fired pizza oven has made it that much more beloved. Delicious, crisp pies, classic to creative, not to mention a host of other offerings from within the oven and without, make it the sort of place you may not have planned on camping out – but you’re sure glad you did. Reservations recommended. (407-599-9463)

Which is the Best? You Decide!

Get the Best Pizza in Orlando!https://t.co/w8G4DTOeGb