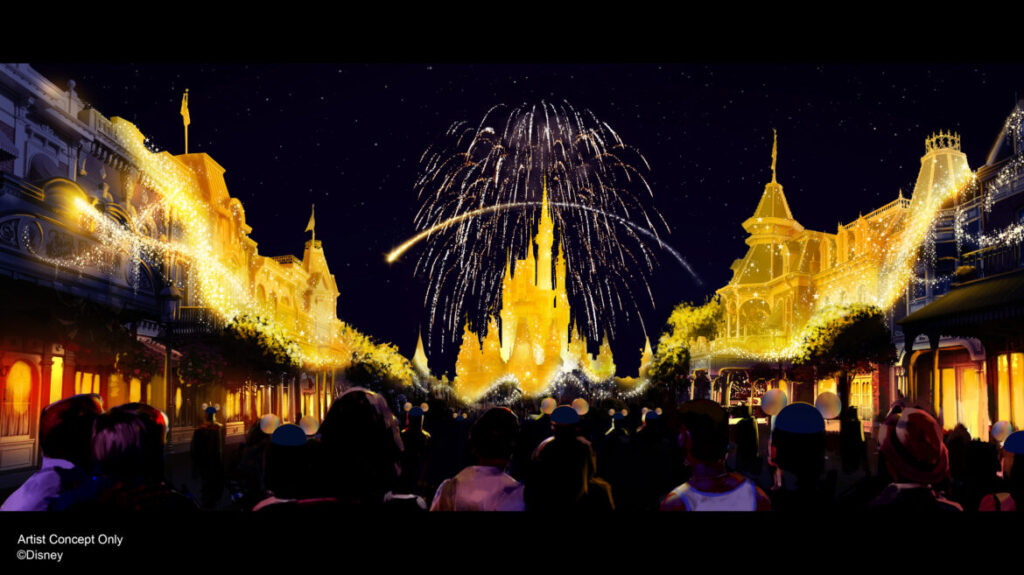 This new nighttime spectacular combines fireworks with projections that bring many Walt Disney World’s attractions and characters alive. You can expect captivating Disney music, enhanced lighting, magnificent fireworks, and above all, all-new special effects during this spectacle.

Share how excited you are below in the comments section for Disney Enchantment. In conclusion, keep checking back for more updates from our blog! Follow our blog!