Join Buzz Lightyear – one of the beloved characters from Disney’s classic movie, Toy Story, as a “Junior Space Ranger” and help pilot your Star Cruiser through the galaxy – zapping aliens along the way – on an important mission to save the toy universe from the evil Emperor Zurg . . . “To Infinity and Beyond!”

Dining opportunities near Buzz Lightyear’s Space Ranger Spin include The Lunching Pad, which serves sandwiches, snacks and ice-cold refreshments. For souvenirs of your visit to Tomorrowland, check out the nearby Merchant of Venus and Mickey’s Star Traders.

Buzz Lightyear’s Space Ranger Spin was opened in 1998 on the former site of If You Had Wings (which was later known as Dreamflight and Take Flight! before closing for good in 1996).

Note: FASTPASS is available for Buzz Lightyear’s Space Ranger Spin, which has no height restrictions.

END_OF_DOCUMENT_TOKEN_TO_BE_REPLACED 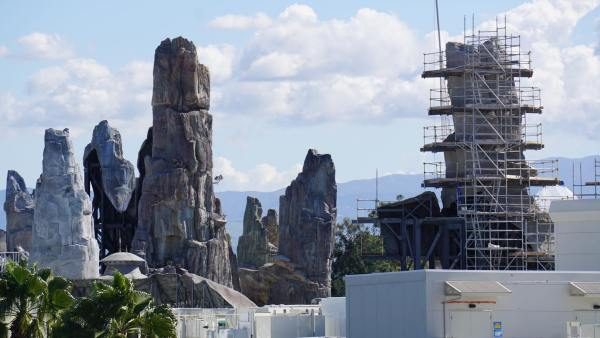 Disney has just announced that they will be live-streaming the dedication ceremony for Star Wars: Galaxy’s Edge on May 29th at 8:20pm PDT/11:20 EDT. The ceremony is presented by AT&T and a link will be available on the Disney Parks Blog shortly before the ceremony begins.